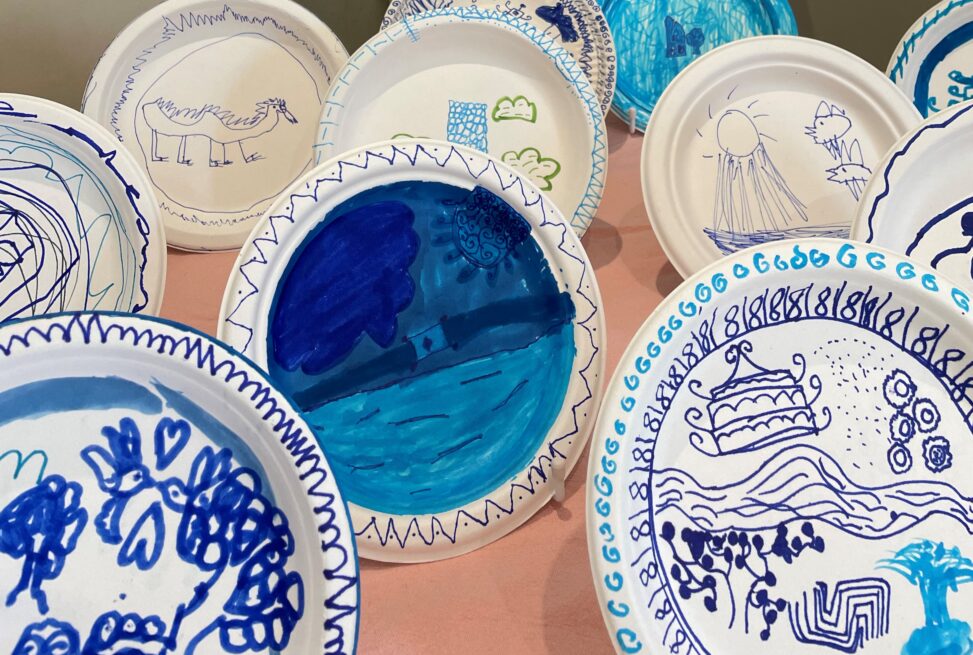 A ‘creative response to history’ activity, paper plates were designed by Chewton and Elphingstone Primary Schools students, as part of my Creative Workers in School project for Regional Arts Victoria.

Fragments of both types of ceramics are sometimes found in the Victorian goldfields area,  it is now illegal to collect them, but some of the children had seen these fragments of blue and white china. 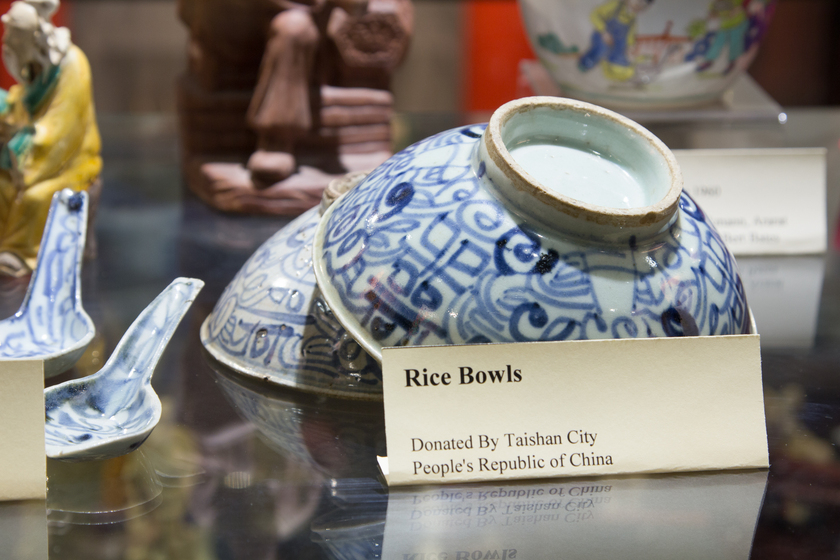 The children also looked images of museum items  before drawing their designs, these bowls are in the Gum San Chinese Heritage Centre in Ararat.

Chewton Primary School student drawing a plate design. A small willow plate that I brought in is visible in the corner of the photo.

I got the idea for a a willow design paper plate activity from a video by Arts Education Victoria,  featuring a project led by Chelsea Neil at Bell Primary School. 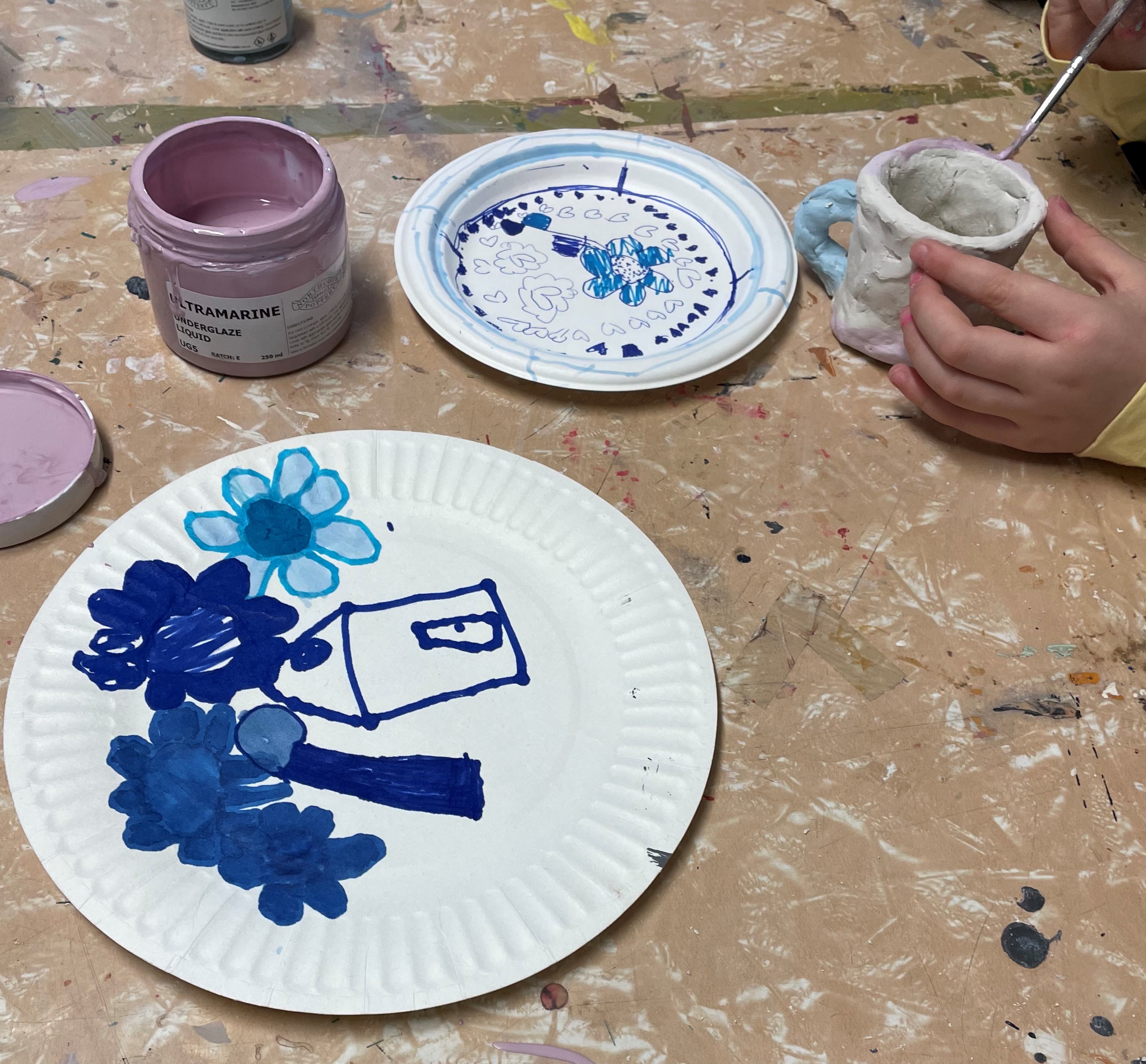 Elphingstone Primary School students also made stoneware cups and bowls, and then painted glazed designs on the clay before it was fired. 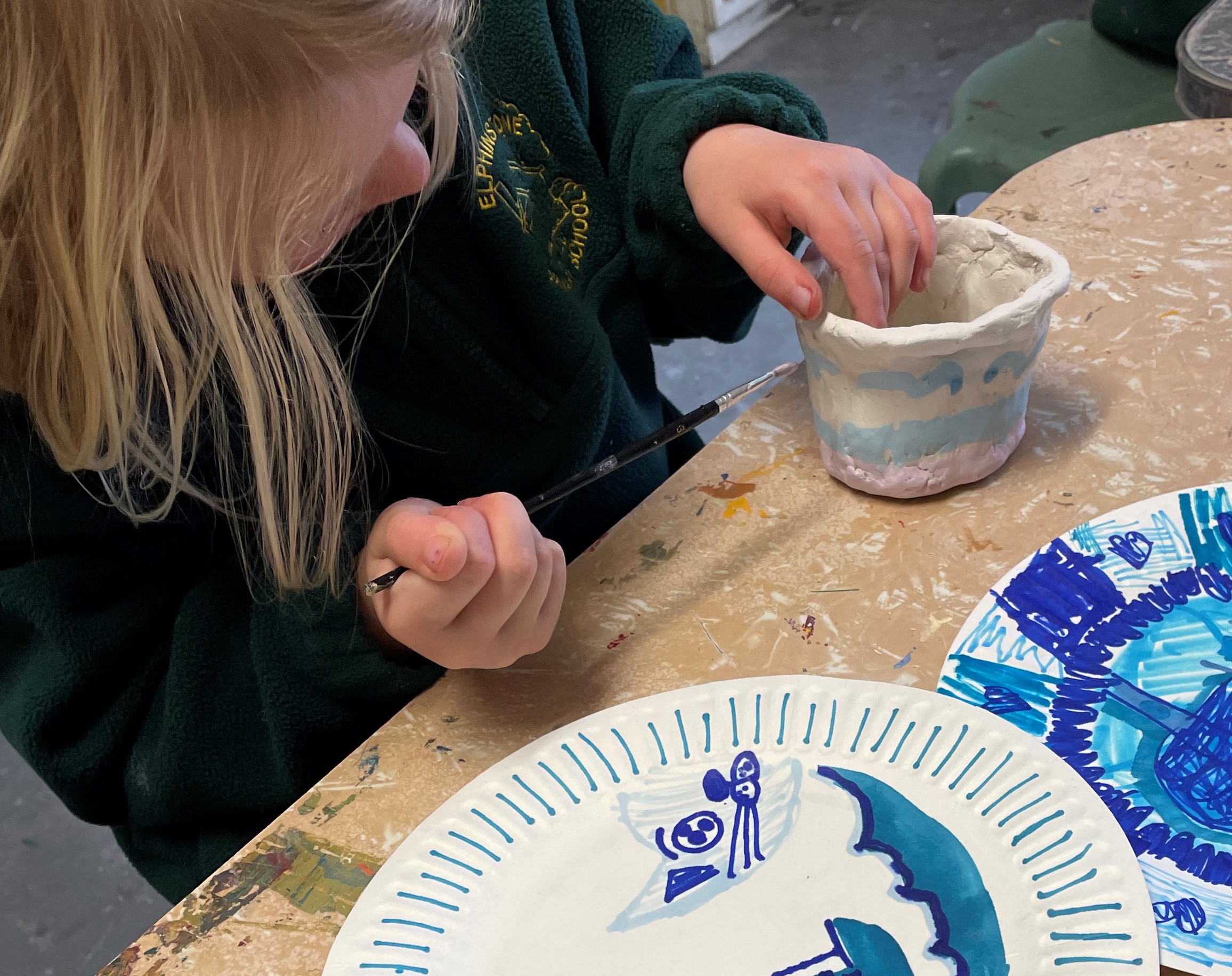 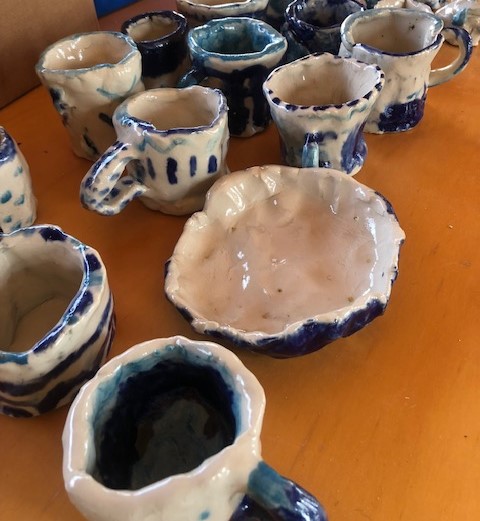 The cups and bowls received a final clear glaze and were fired by local ceramicist Place Matters Ceramics.  Photo by Chris Johnston.

Another clay project was making a chess set from paper clay, inspired by a chess set on display at Buda Historic Home and Garden, which had been given to the Leviny family by friends who had lived in Hong Kong. 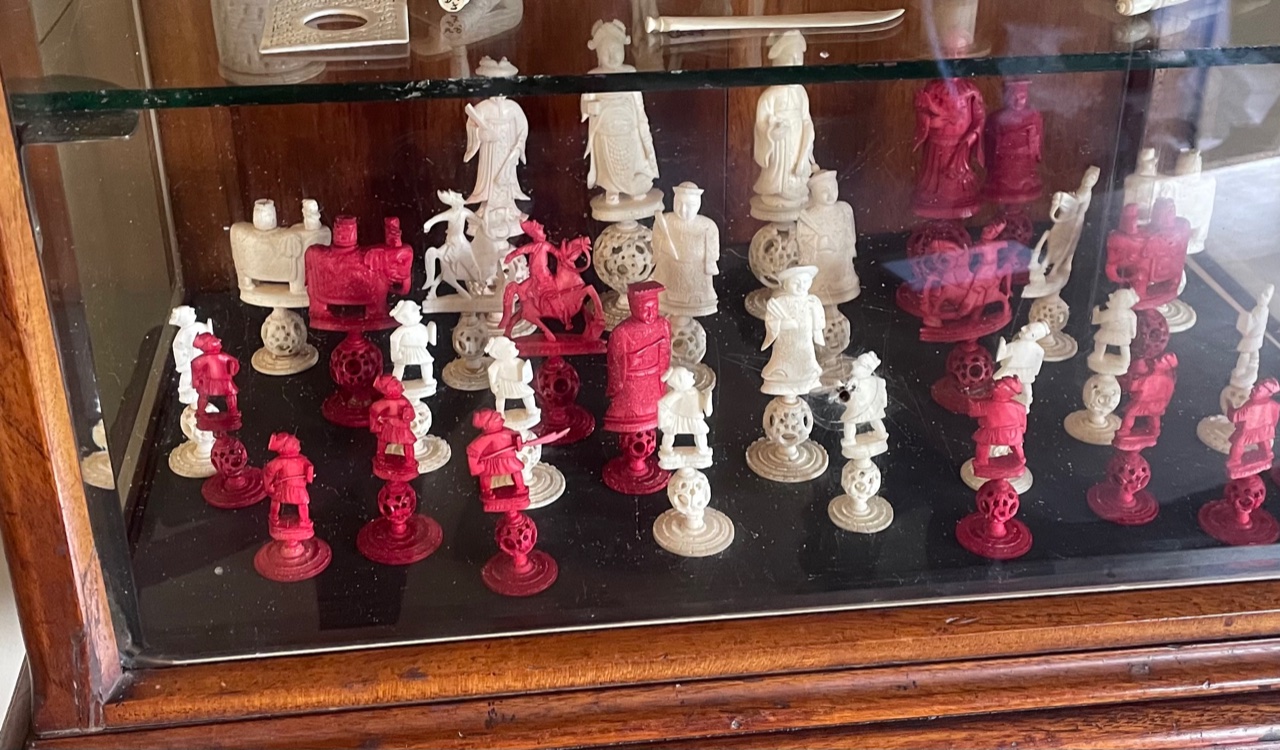 We also looked at a western chess set, and each child made their own chess piece, forming a chess set. 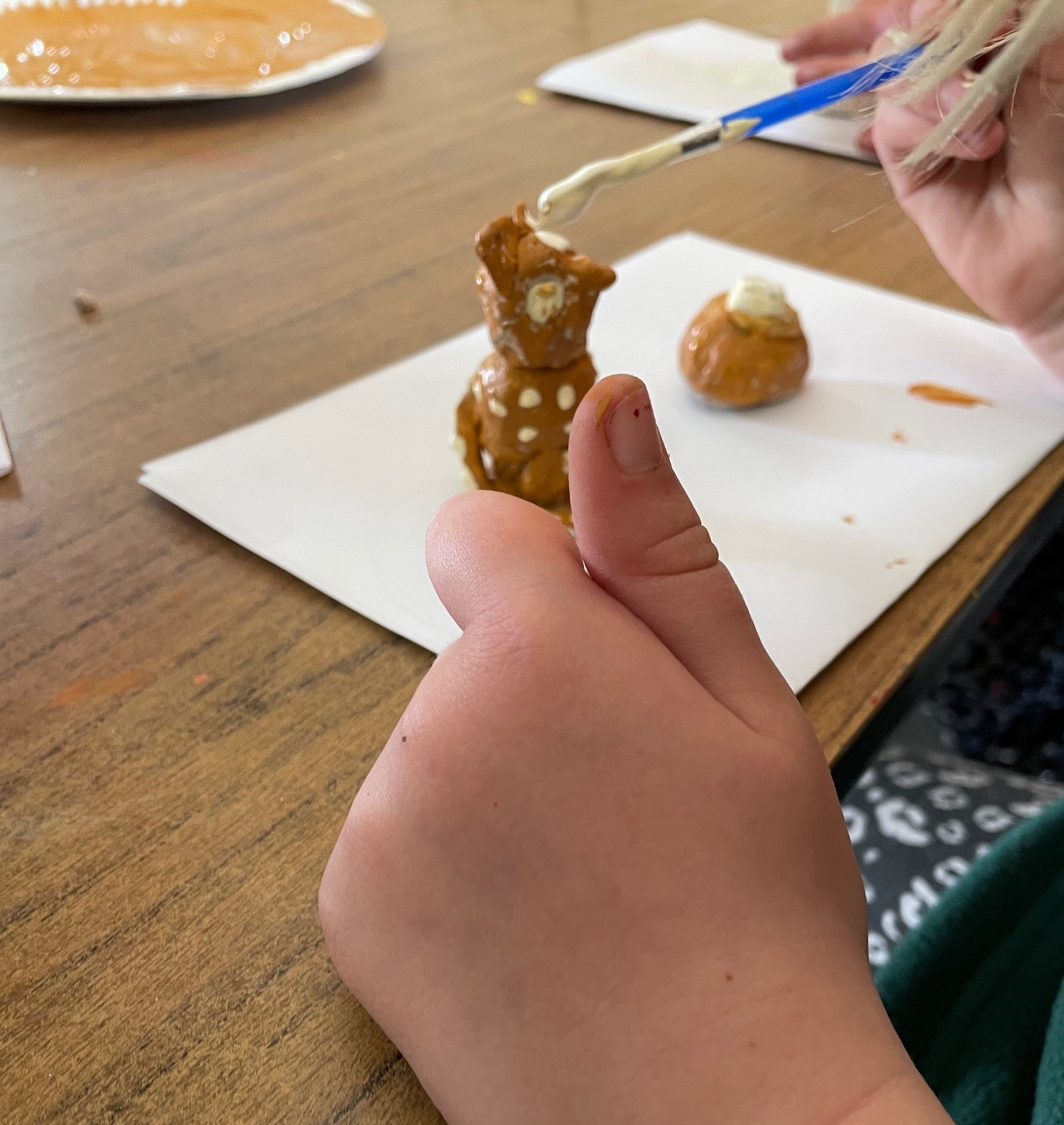 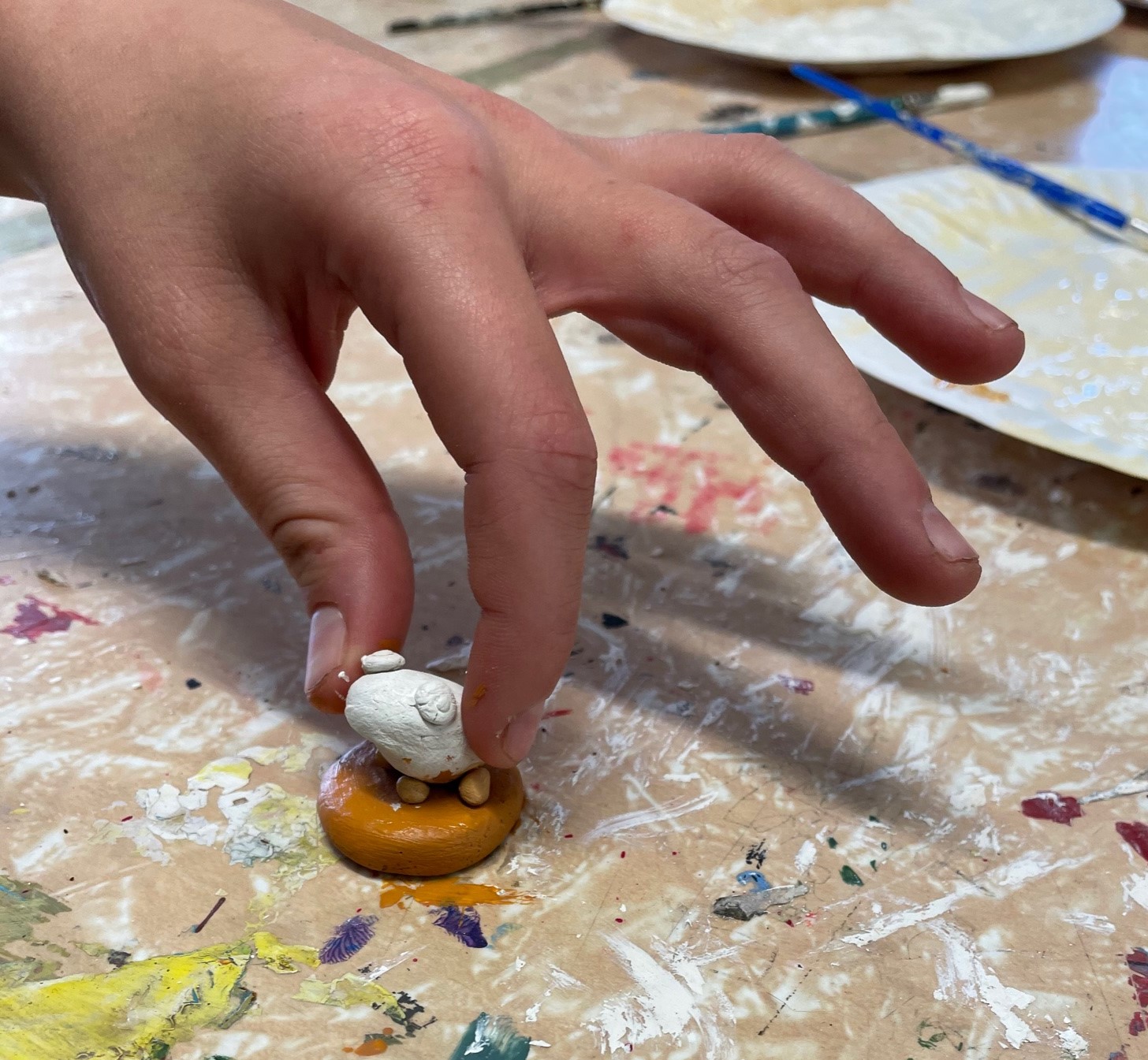 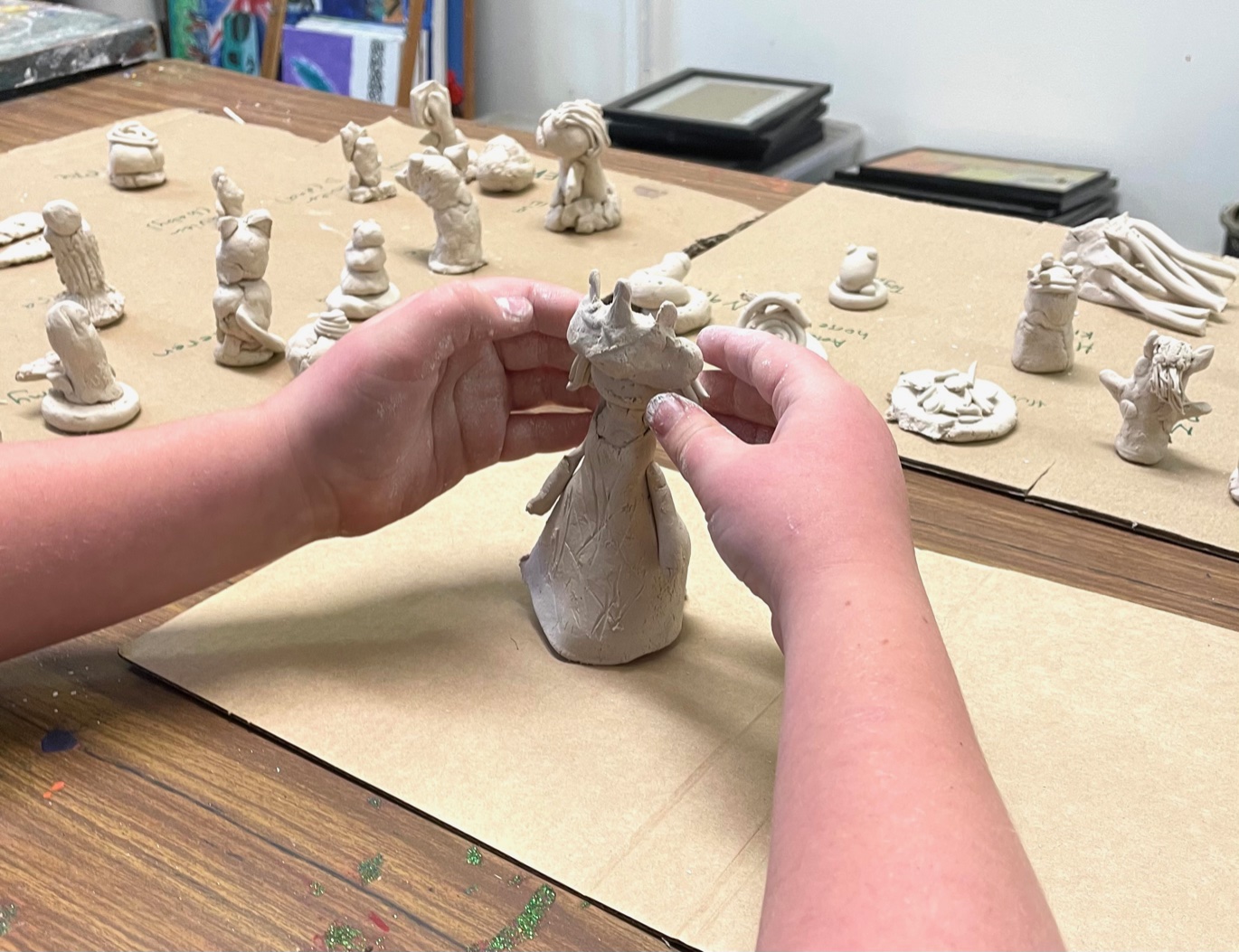