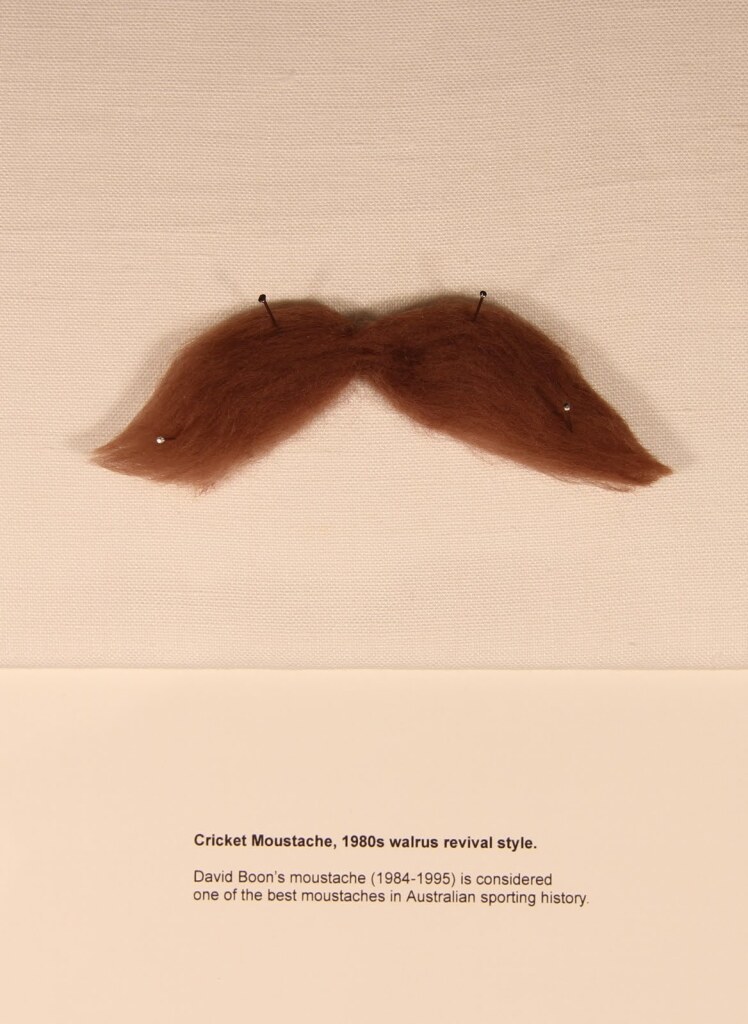 David Boon’s moustache (1984-1995) is considered one of the best moustaches in Australian sporting history. 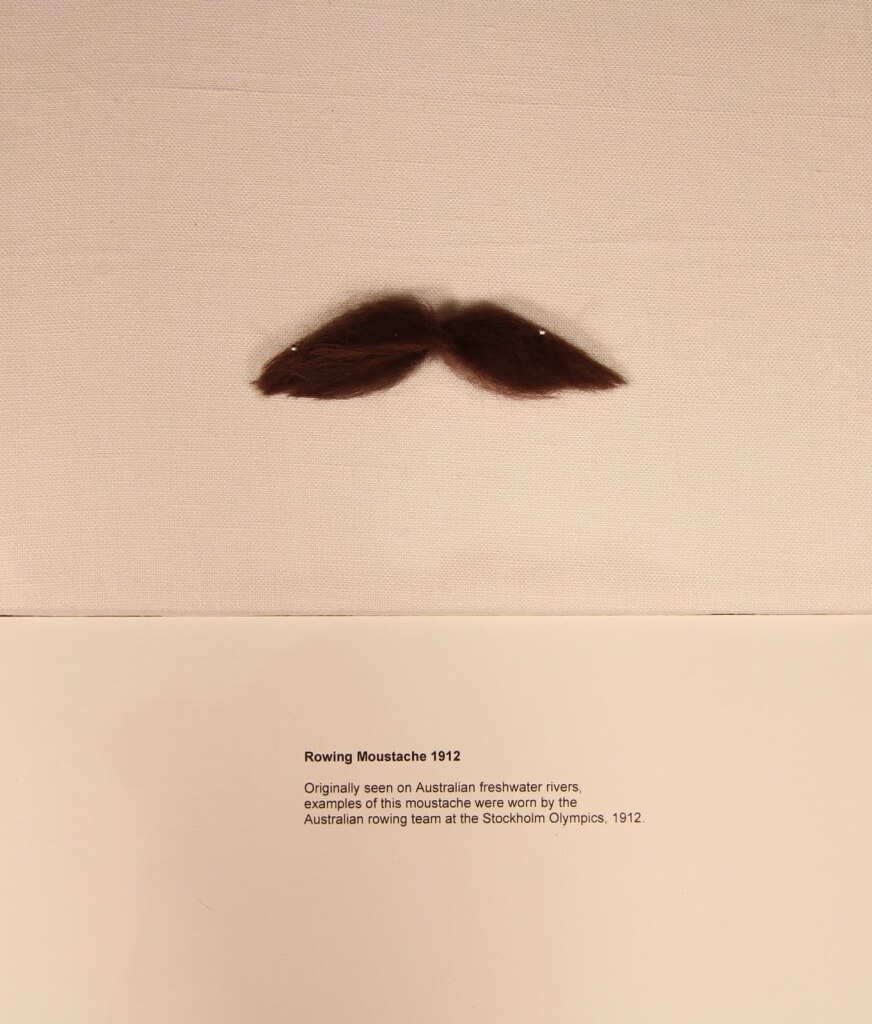 Originally seen on Australian freshwater rivers examples of this moustache were worn by the Australian rowing Team at the Stockholm Olympics, 1912

The Evolution of the Sporting Moustache is a work in progress, another project with my long time collaborator Mary Zbierski West. These images are of samples for a hypothetical exhibit, which would be displayed in a long case. The moustaches are felted wool.