This is from a series of artworks based on shadows in historic photographs.
I started out drawing shadows, but  later I printed out downloaded historic photos and painted out everything but the shadow 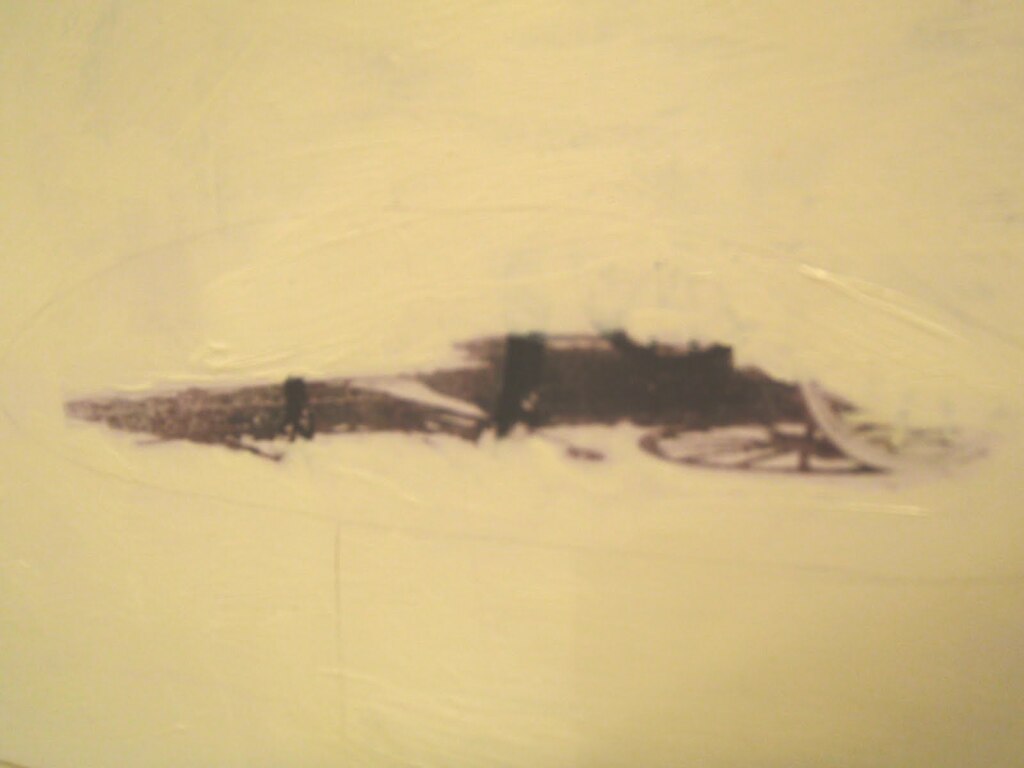 The image below is one of a series of 8 that make up the artwork Moments in the Sun, which was exhibited at the Counihan Gallery in Brunswick, as part of the exhibition Women’s Salon 2010: Place and Belonging, 4 March-1 April 2010. 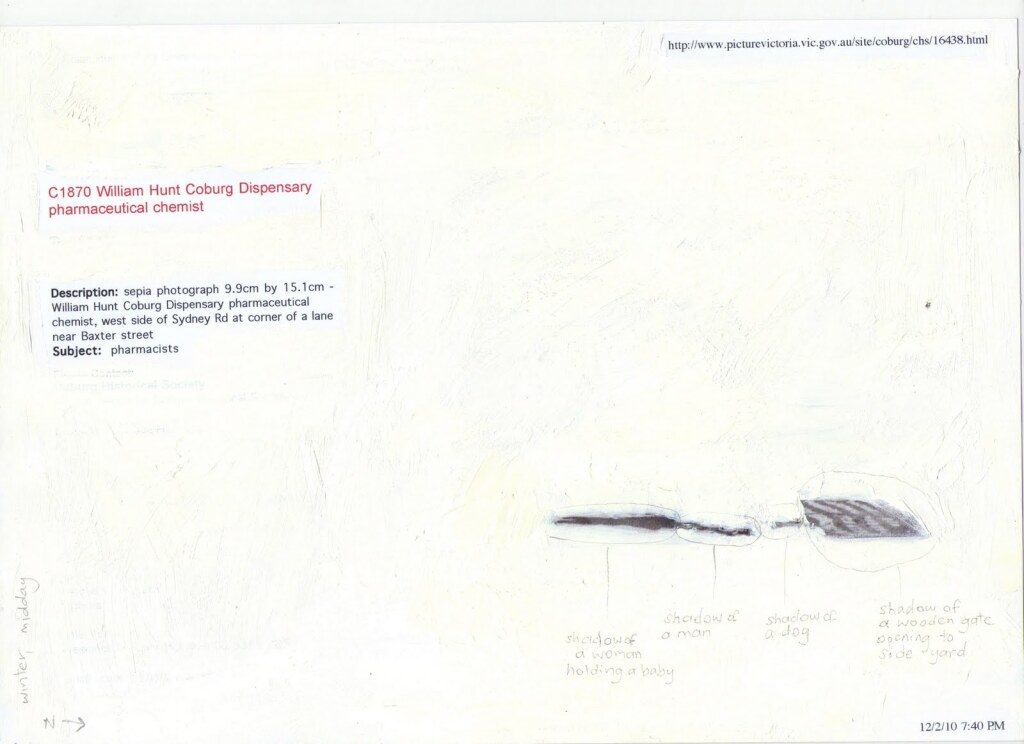 Red print title : C1870 William Hunt Pharmeutical Dispensary
In pencil: N (direction of north) winter, midday, Shadow of a woman holding a baby, shadow of a man, shadow of a dog, shadow of a wooden gate opening to side yard.

This is some text I wrote for the exhibition:

These are drawings of shadows in historic photographs in Coburg – tracing a moment in a certain place at a certain time. Shadows in photographs take the shapes of the people and objects in the frame, but are also formed by the surface the shadow falls on, and of course the angle of the sun.

The places in the images are much altered – but still here. The sun continues to follows it’s path, through the seasons and times of day. The shadows flickering across the shared ground below us change shape as different generations have their moment in the sun.

A friend helped with working out the direction of North in the photograph – she is an architect specialising in passive solar design, and her ability to tell the time of day, and season in a photograph is almost magical.

The artworks have a home office aesthetic; I liked the contrast between the rather grand theme of time and place…and making art from internet downloads and materials I had to hand in my study.

The images are taken from online photographs accessed on the Picture Victoria website. Thanks to Coburg Historical Society for permission to use the images in this way, and for providing access to view the originals and copies that they hold.