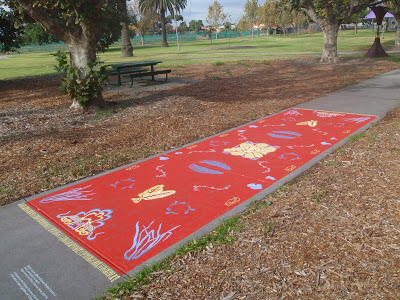 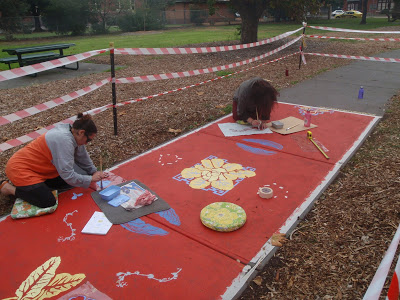 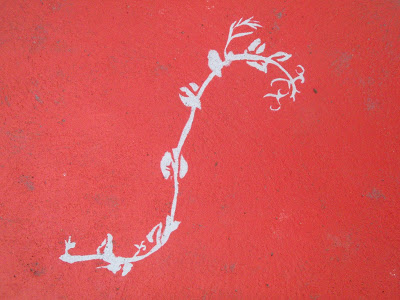 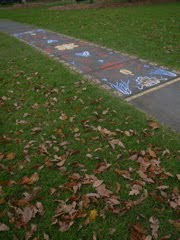 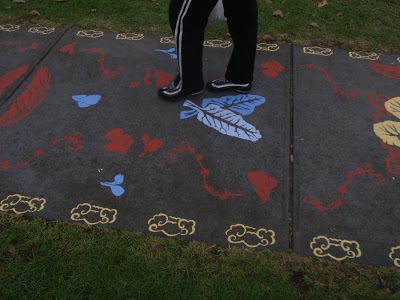 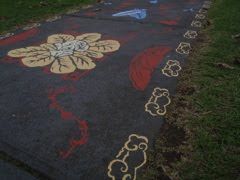 A collaboration between Kitty Owens and textile artist Mary Zbierski West. These painted footpaths are a homage to the Chinese Gardens that were once sited in Bridges Reserve, Bell Street, Coburg. The painted rugs draw on elements of Chinese rug design, and also on research about Chinese market gardens in Victoria in the late nineteenth century and early twentieth century. Historic photographs were referenced, as well as articles, to work out what kinds of plants were likely to be planted in Bridges Reserve when it was a Chinese market garden.

Version 1 – the version with the grey background – was entered in the 2009 Moreland Sculpture Prize as an ephemeral work. The artwork won the prize in the Permanent category and a more permanant version (with the red background) has now been installed in Bridges Reserve Coburg.

The winning installation caused some discussion in the local paper about whether the work was a sculpture – it is stencilled paint on pavement.

Both times that Mary and I were painting the design many older people admired it, it seems we have created graffiti that old people like!