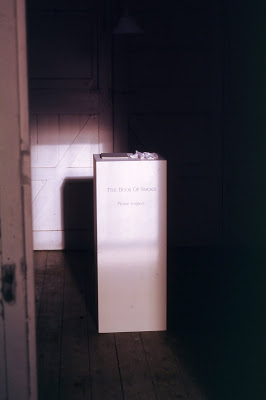 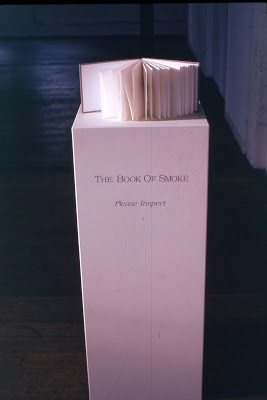 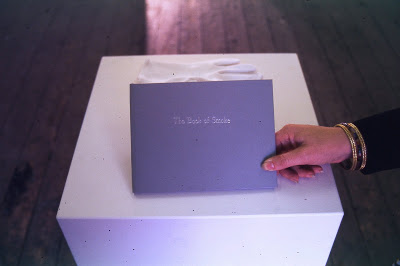 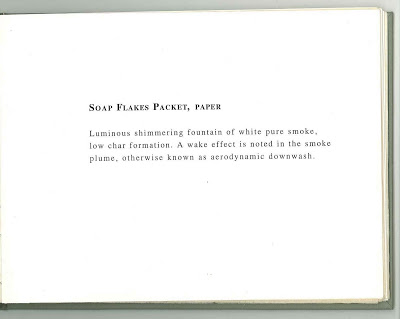 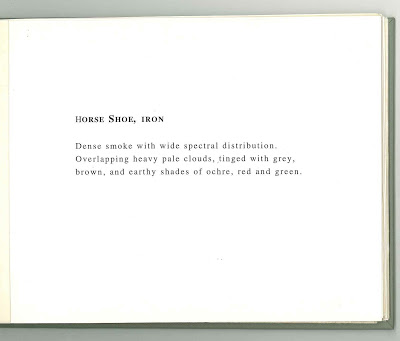 The Book of Smoke was commissioned for the Up in Smoke installation art exhibition at the Incinerator Arts Centre in Essendon in 1997. It was presented as a one book library, in a room in the former incinerator complex.

The text in the Book of Smoke describes in psuedo scientific terms the smoke created by burning common household items from the 1920s and 1930s (before the incinerator was de-commissioned).

Research into the way smoke moves and the scientific language used to describe smoke was undertaken at various Melbourne University libraries, including the Physics Library and the Engineering Library. Research on common household items of the era was also undertaken.

The Book of Smoke is 150mm x 180mm, was printed on Southwork Cotton paper and is an edition of 1, bound by Jazmina Cininas with silver embossing title by George Matoulas. Photographs by Mary Zbierski- West except for the one of Mary’s hand holding the book, which was taken by Kitty Owens.